Coming back after an Injury 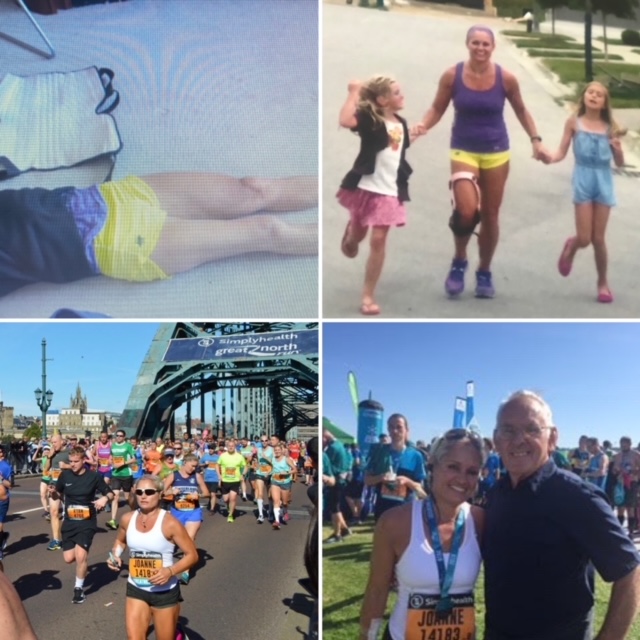 I've had my share of injuries over the years and let's face it, if you're an athlete or an active person, there's a good chance at some point you will be faced with an injury. Those words came from the mouth of the Sports Med Doc after I tore both ACL's. The important part is how you manage it physically, emotionally and mentally. Being side lined due to an injury can be devastating for both athletes and gym goers. Being physically active is a big part of our lives and it's how many people relieve stress.

In 2010, I was diagnosed with a debilitating shoulder condition called distal clavicular osteolysis, in laymans terms it's called "weighlifter's shoulder" caused from years of bodybuilding and bench press, a rare condition causing extreme inflammation and pain at the distal point of the clavicle where it meets the ac joint. My options were surgery or lay off of anything involving my shoulder for 6-8 months. Even running hurt :( I chose to lay off of any movements involving the upper body and focused of core and lower body.

Two months later, I had a freak accident at the gym and ended up tearing both ACL's and medial meniscus on both knees at the same time which is rare. I was auditioning for Wipeout Canada and ironically I wiped out. :( The left knee was only a partial acl tear and full meniscus tear. The right knee was a full ACL tear and partial meniscus tear. I was devastated. Running has always been my passion and my "moving meditation" I call it. After many hours of physio, surgery was ruled out because the musculature I had around my knees from years of bodybuilding and training was enough to keep my knees stable according to the Surgeon so I slowly started to ease my way back into CrossFit. For the next 3 years, I would have recurring episodes where my knees would buckle just getting up off the ground playing with my young Daughters and I'd have to use crutches to get around.

Working out was not only my physical and mental outlet, it was my livelihood. During these episodes I wasn't able to demonstrate movements and I didn't feel like I was an effective coach which impacted my mental health big time. With a lot of frustration I finally said enough is enough and had another MRI in 2013.  My ACL didn't even show up on the X-ray, that's how severe the injury became. Within a few weeks reconstructive surgery was performed on my right knee. I was on a healing mission hours after surgery. Prior to surgery I researched everything on post surgery rehab and started  my exercises within hours after surgery. Within 2 weeks I started physio. Even after all of the exercises, the atrophy in my right quadricep was insane. Although I gained full function of my right leg , to this day, there is a noticeable size difference between both quads.

It took a full year before I could get back to my "new normal". Quick directional changes and most lateral movements are not in the cards. I have to be careful with explosive movements like Olympic lifting and box jumps. I have a 70% chance of arthritis in my knees.

A year before my injury in 2009, I ran the Boston Marathon so when I would see people running I'd feel so envious and think to myself if they only knew how lucky they were to have the ability to run. I started easing into running again and built my way up to 5k runs mainly on trails as they are way more forgiving on the body.

In 2019, six years after my surgery and gradually increasing my running distance up to 10 k runs on occasion, a notification popped up on Facebook about a lottery for the famous  Great North Run 1/2 marathon in  England, close to my home town which I ran when I was 14 years. Something inside said I needed to do this Run. My family and I were heading to England around the same time for my Mom's celebration of life and to spread her ashes after passing away in 2018. I ended up getting in so after a 10 year hiatus from running long distances, I started my training regime. I've always been a minimalist runner, focused on quality over quantity and combining strength training of course. I was blown away (no pun intended) how well my knees responded to the training. I was back getting that runner's high again and I was feeling pumped! I had an amazing run and recovered well. The same year I went on to run Run for the Toad, a 25 k run and Run for Hope 1/2 marathon. I was back with a vengeance so I thought.

Late Fall of the same year, I was running on a trail close to home on a beautiful sunny day with a friend when I tripped over a root covered by leaves and broke my foot. Here we go again, I was doomed. Six weeks in a boot and I'd be damned if I was going to let this set back bring me down. I found creative ways to modify movements.  Wall ball from the knees is actually quite fun. Who Knew ? I was determined I wasn't going to let this beat me down so I found ways to exercise while still giving my foot adequate rest.

Fast forward to present day, I've been injury free and taking care of myself as best as possible. Self care is a huge priority. My injuries have taught me to listen to my body, respect it, and take rest days when I need to. This combined with a good diet, limiting caffeine, no alcohol , stretching, mindfullness breathing and lots of H20. Still working on better quality of sleep ;). As a coach, my injuries have helped me relate to people who are dealing with similar things, especially the knees, and to help guide them back to good health. It has also taught me compassion for those who have physical limitations and great respect for those with disabilities who still find a way to move their bodies without complaint. We want Our bodies to be well developed machines that move efficiently so we can enjoy life with minimal pain and discomfort. We only have one of them so treat it with love and kindness :) 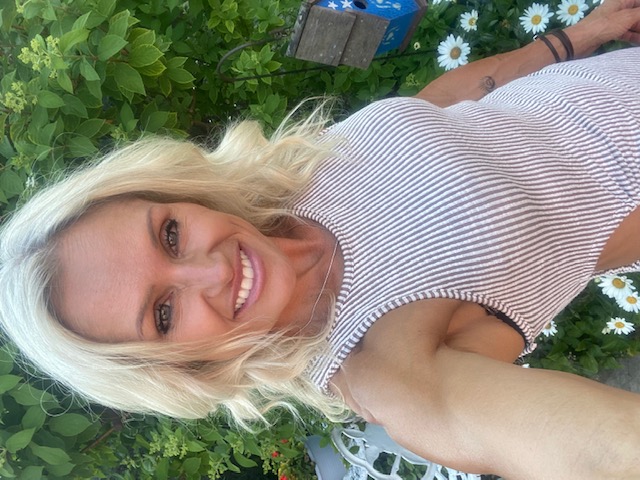 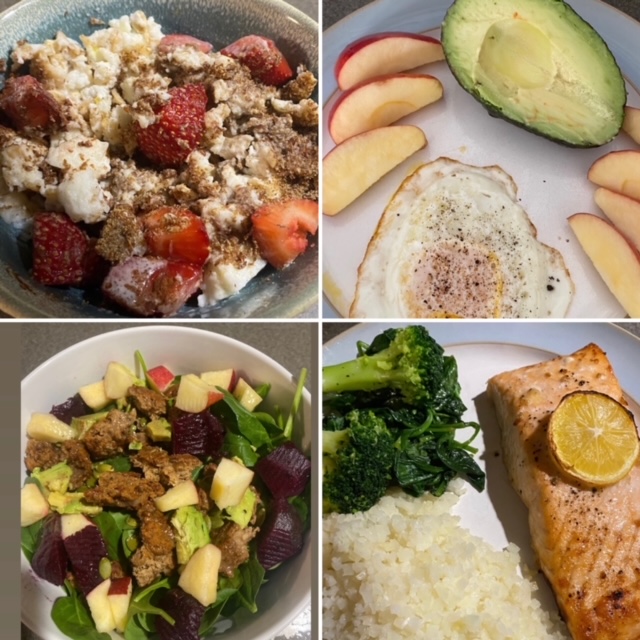 Sugar Is The Enemy 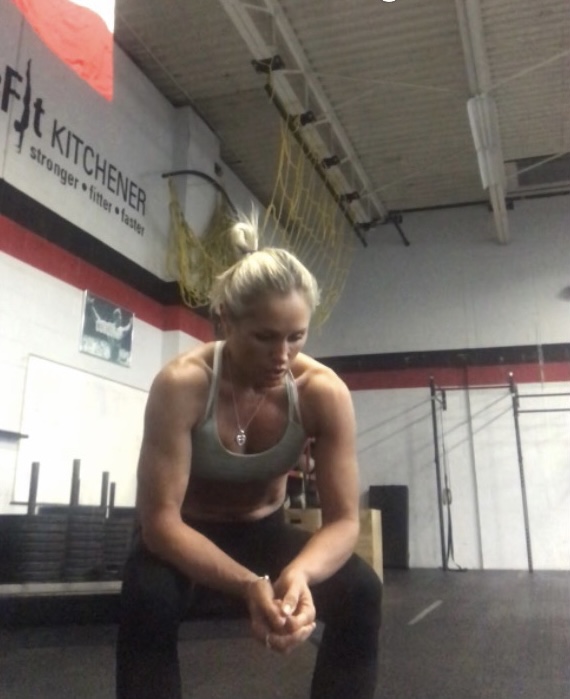 Overtraining and how to avoid it. 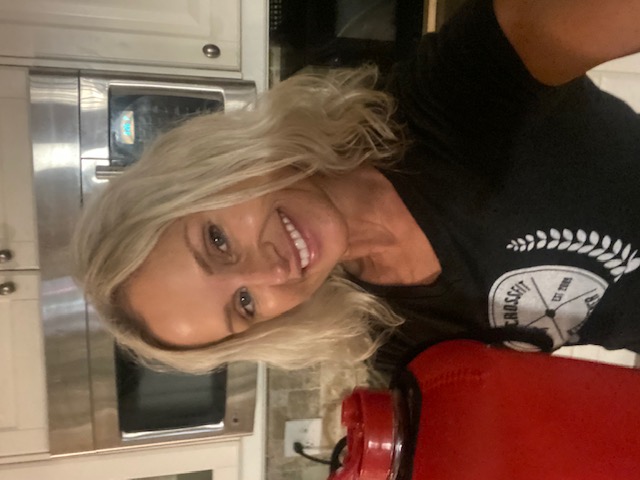