CFK is not just a gym. It’s a diverse community of friendly people, inspiring each other to work hard, and be better. Everyday is something new!

Classes are programmed for you, so all you have to do is show up, Everyone in each class does the same Workout Of the Day (WOD) which creates a camaraderie among the participants that is unlike any other gym experience. It's motivating, challenging, and fun.

You'll find you won't want to miss out. All of the exercises, weights and reps can be adapted to suit any ability. There is a prescribed workout, and coaches will help athletes scale and modify the weights and movements, to be at the right level for them. It should be challenging, but achievable.

CFK has an inclusive and special community, and we'd love for you to be a part of it! 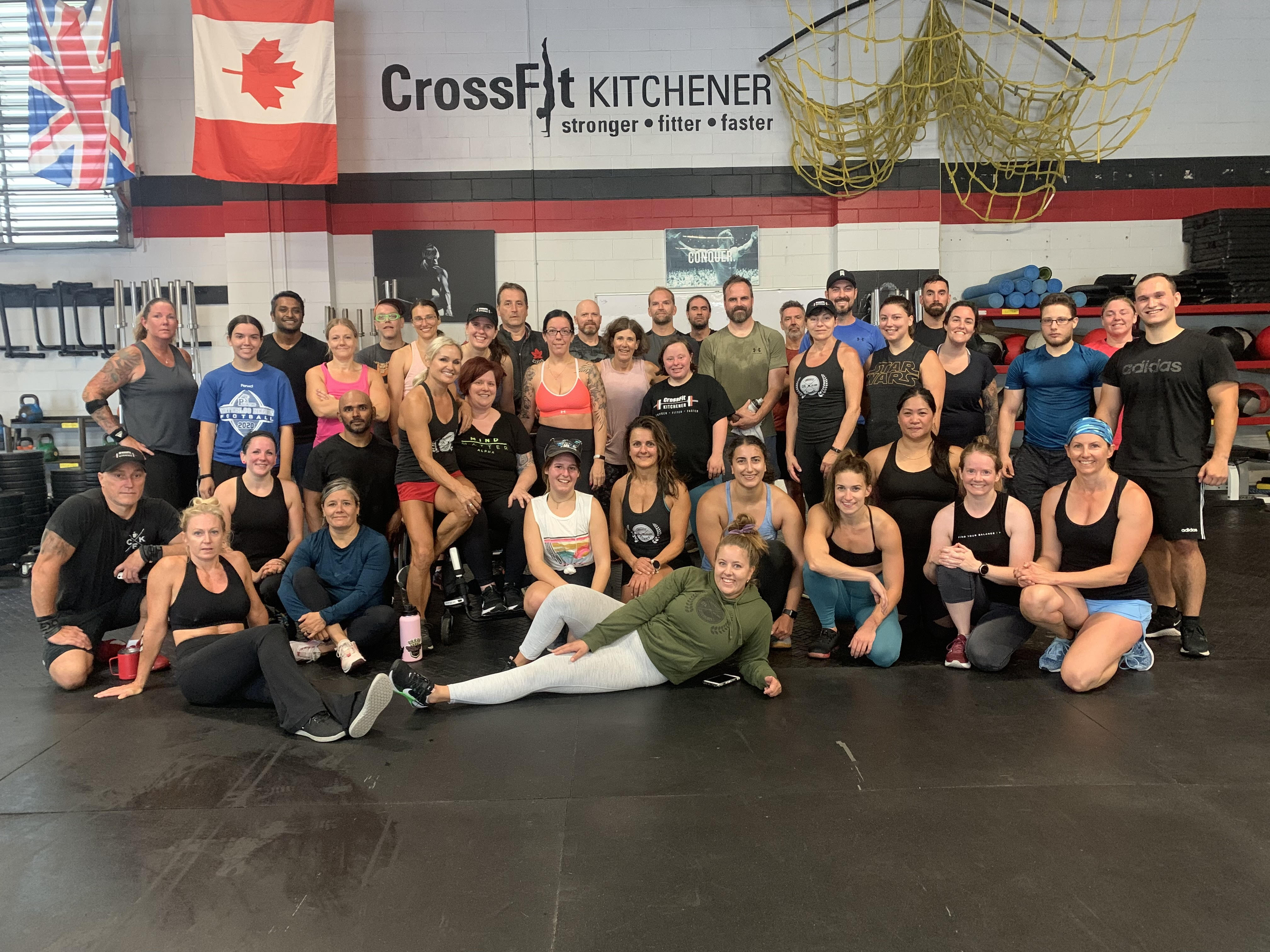 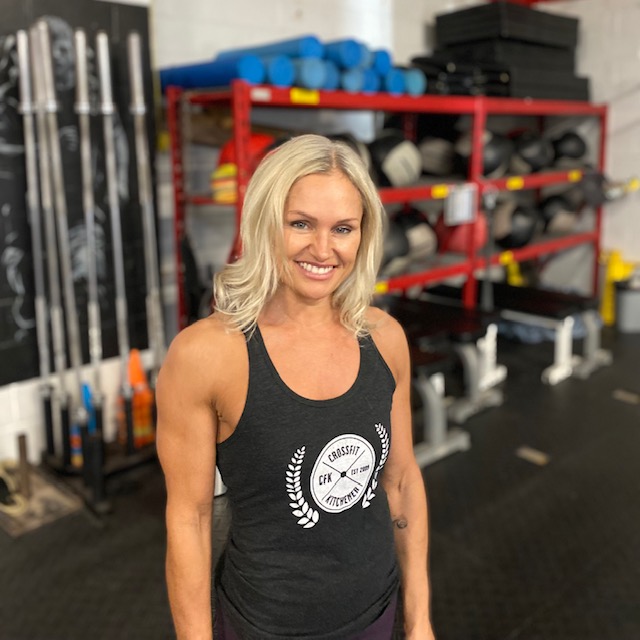 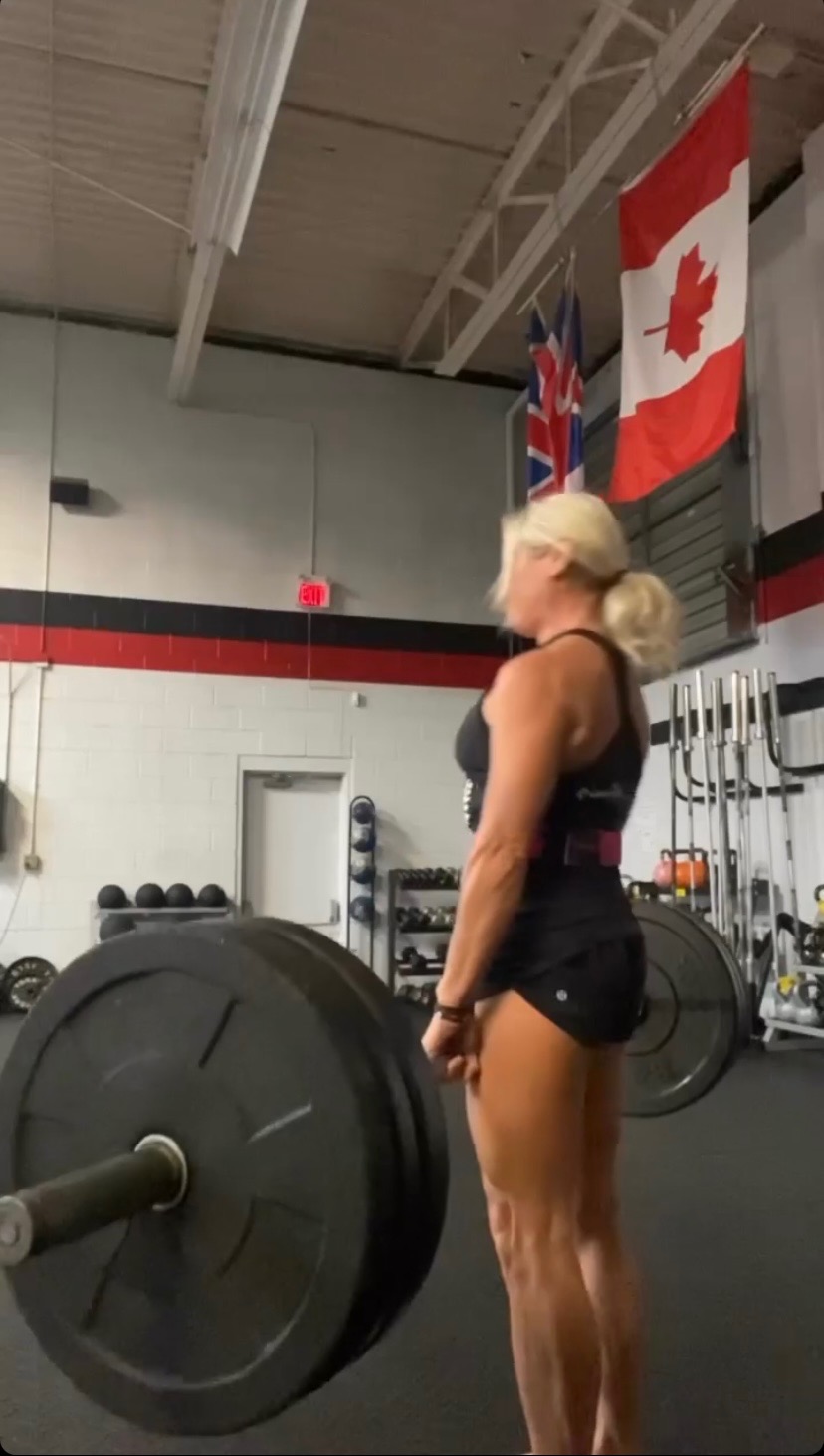 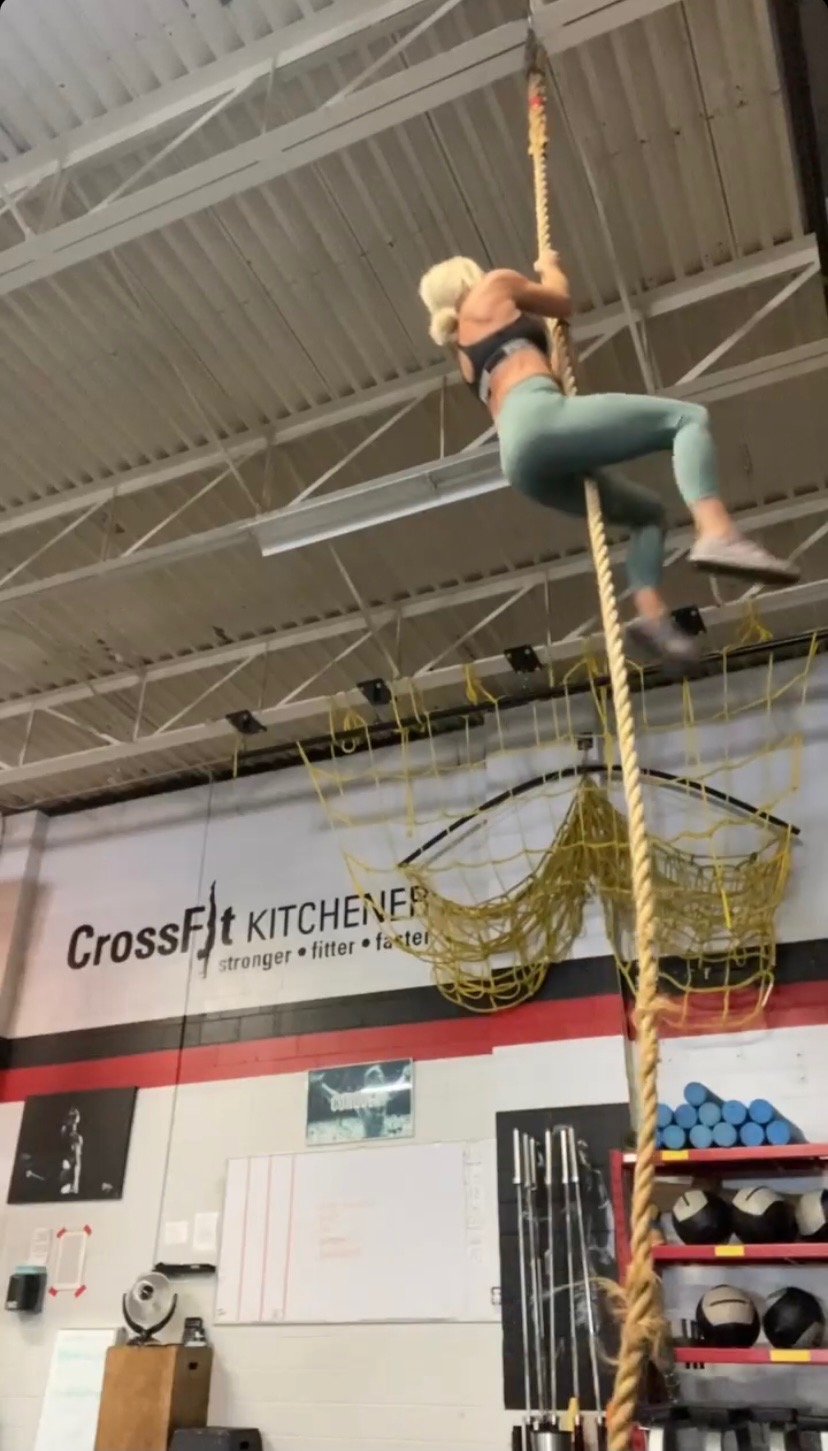 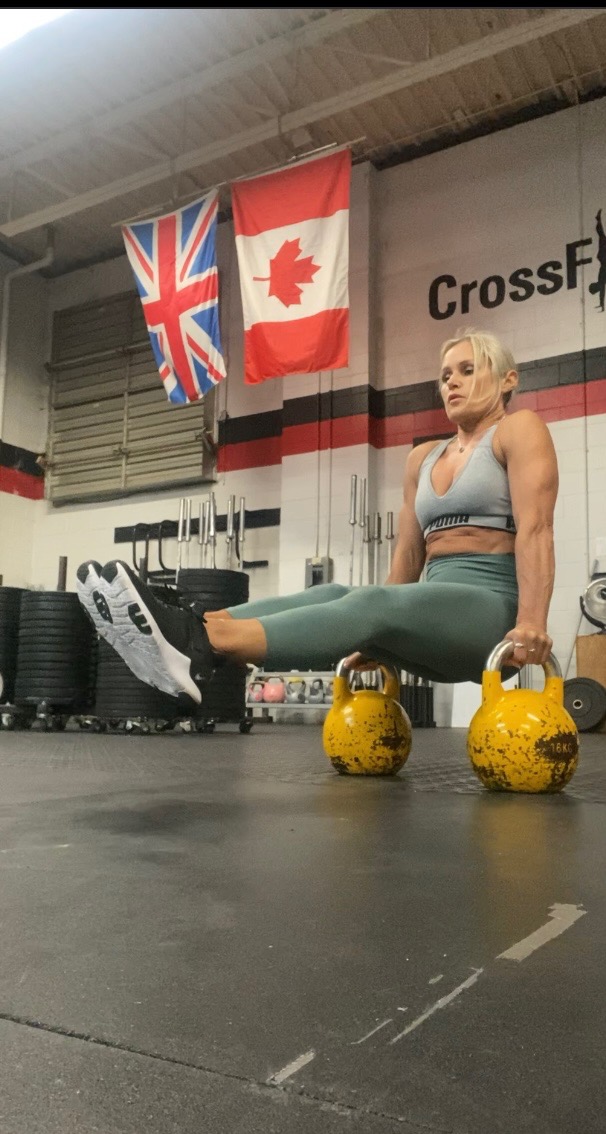 I’ve been immersed in the fitness industry for over 35 years, working in various gyms and homes as a Personal Trainer. I spent my late teens to late twenties competing in bodybuilding and fitness competitions.

After countless hours of bicep curls and leg extensions, targeting every muscle group, I finally reached a burnout point and traded in the bicep curls for a former love; running, which eventually led me to triathlons. My cardio-respiratory system was getting conditioned but I realized after being away from weight-lifting that my body started to feel weak and imbalanced and injuries were starting to set in.

In 2007 I discovered CrossFit and I have never looked back. I was brought to my knees after my first workout  and was hooked. I’ve been exposed to many different training methods over the years and nothing compares to the effectiveness and efficiency of CrossFit. I believed so much in the CrossFit methodologies, that I decided to take a huge risk  to open up CrossFit Kitchener in June 2009 during a recession and at a time when CrossFit was virtually unknown.

I am very proud of the community we've built, the life long friendships that have been made and all the different populations of people we have reached over the years. I feel fortunate to witness the life altering changes I have seen in my members over the years and the strong sense of community we have at CFK.. We have developed and run many different programs including Special needs, Teen, Youth,Dry Land training for various sports, Kids Camps, Birthday Parties etc…

• My precious daughters, Kate and Beth (Best achievement of all!) 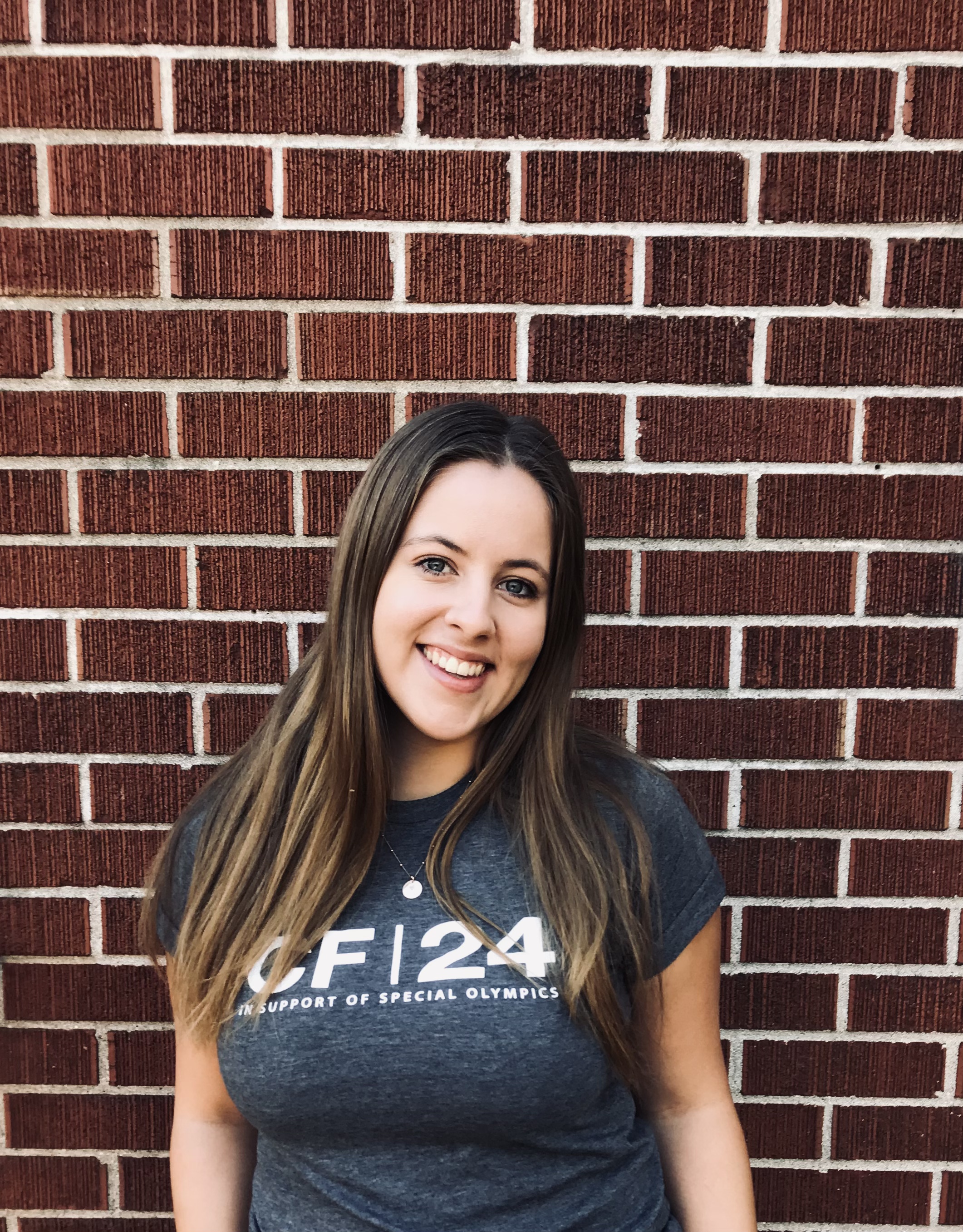 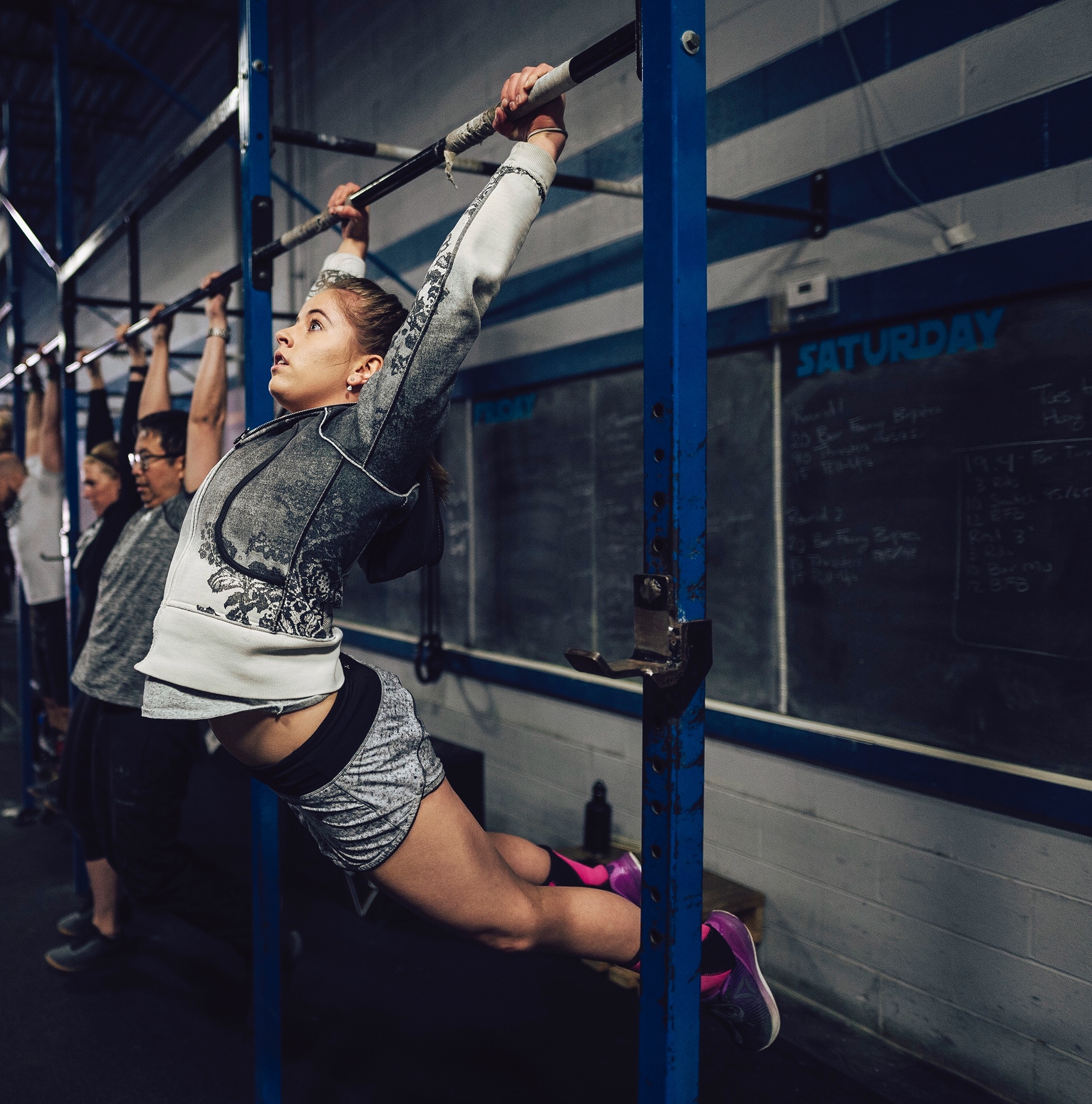 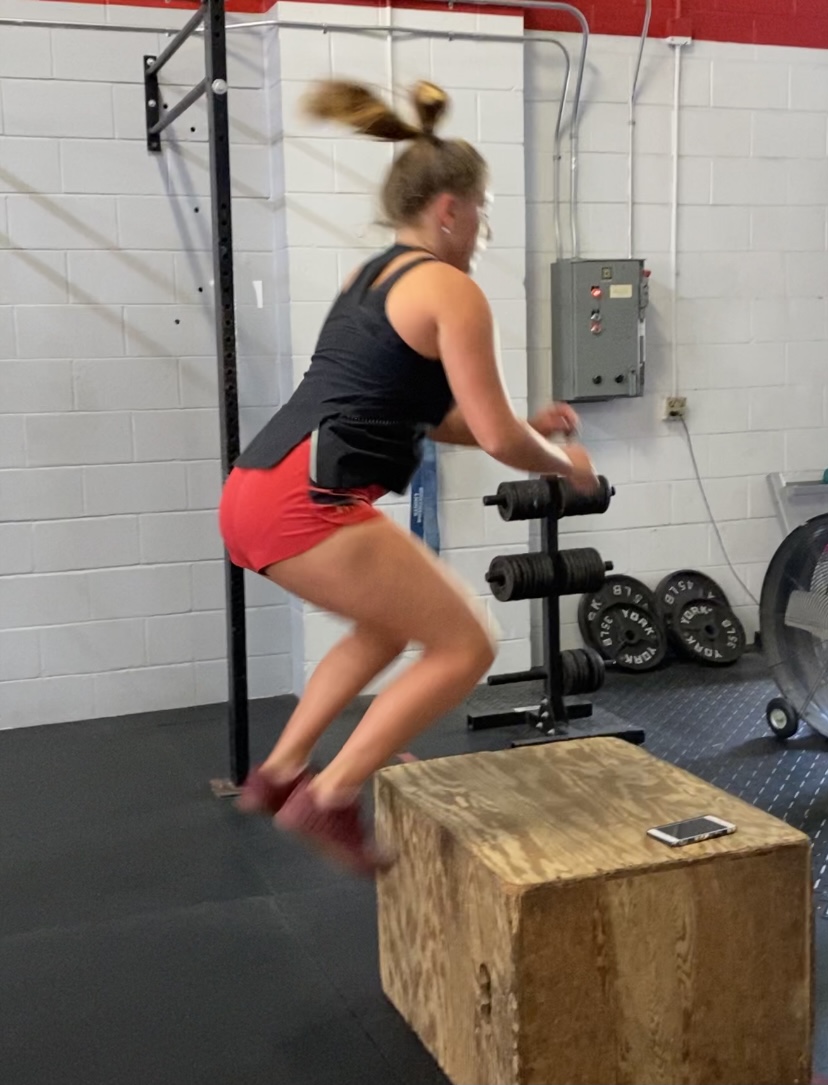 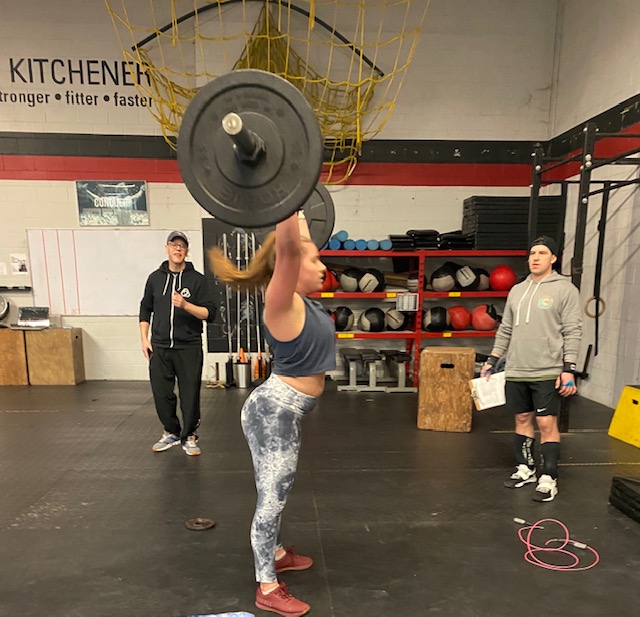 I started CrossFit in 2013 in our kids program. Right away I realized that this was the sport for me; something I could do long term. I eventually started to move my way up in the programs, doing TeenFit and then finally joining adult classes in 2015. I volunteered with our kids camps and Girl Power program, and this was when I really fell in love with the sport. Anyone can do CrossFit and that is something I very passionately preach!

I obtained my CrossFit Level 1 in 2019, and since then have been coaching our adult classes, Olympic Lifting, CrossFit Kids, Power Hour and Special Olympics Powerlifting. Coaching others is truly my passion, and it’s specifically our IDD (intellectual and developmental disability) athletes that always remind me why I do this.

I am so honoured to call CrossFit Kitchener my home, this community is like no other, and I cannot wait to see what the future holds for our gym and our athletes :) 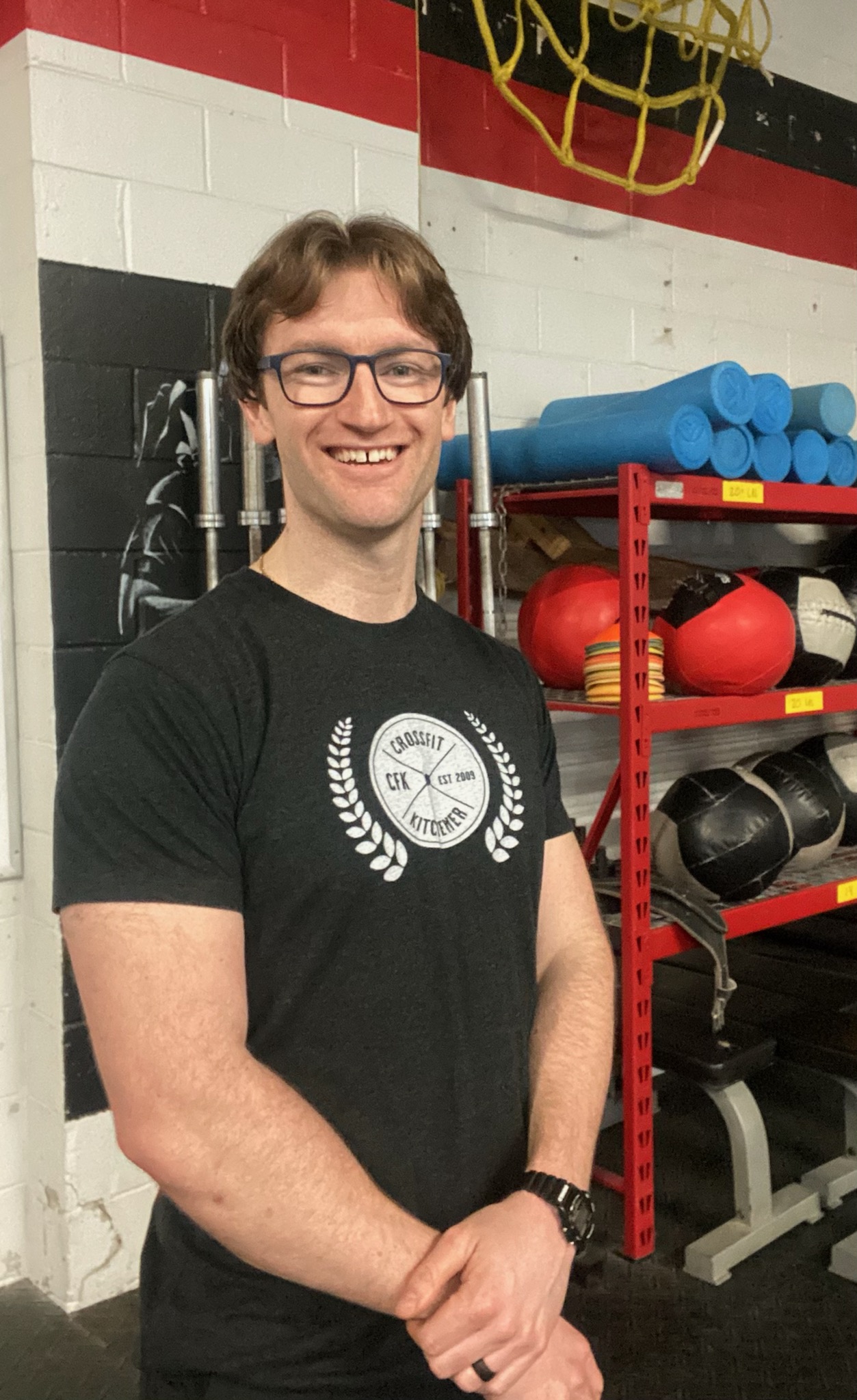 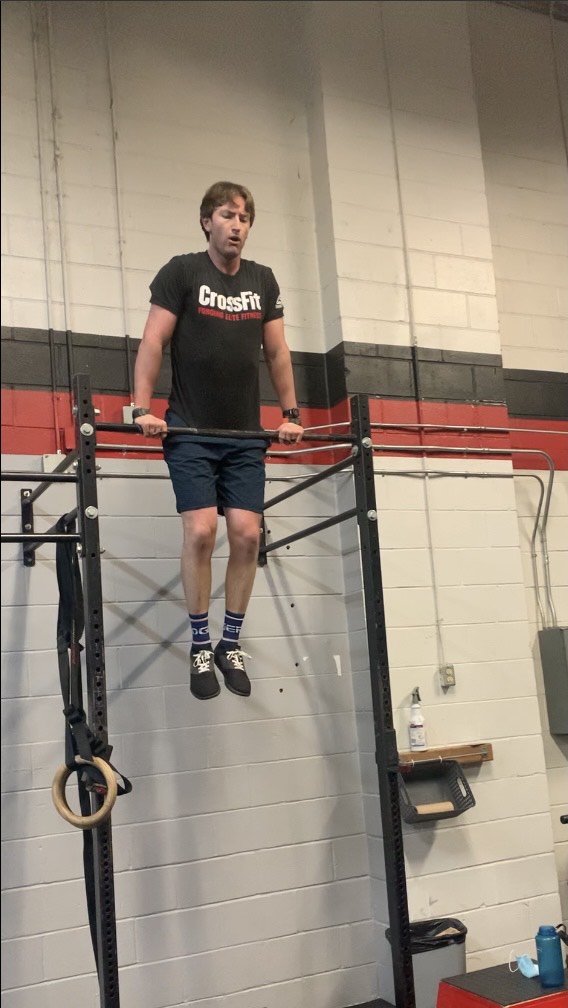 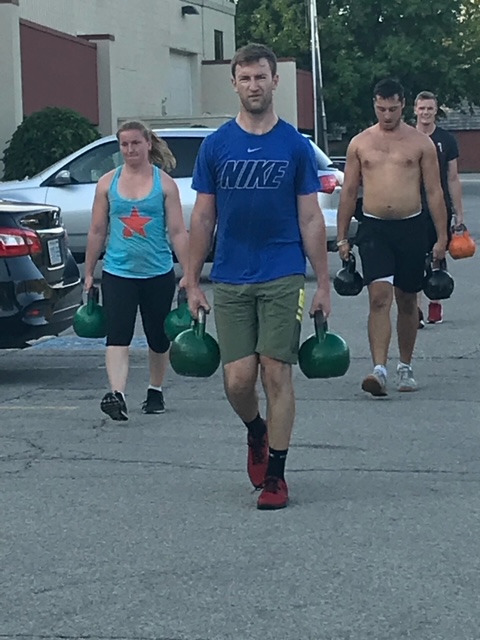 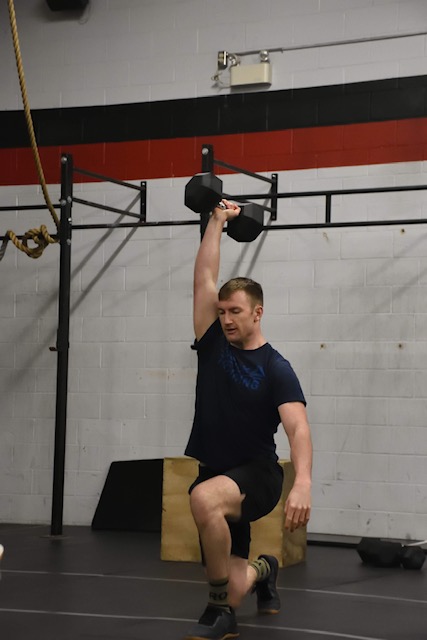 I started CrossFit after I found the activities that I love doing outside of the gym were not as easy as they used to be. Why was I spending time in the gym and not feeling good doing the things I love? This left me frustrated and unmotivated.

By joining CrossFit Kitchener not only did the CrossFit training methodology better prepare me for the sports and hobbies I have outside of the gym like running, cross-country skiing, wakeboarding, mountain biking, and hiking, but I was also moving better, and feeling more confident about myself. Not to mention I was motivated to show up because of the great friends and community we have at CFK. I even met my now wife at a CrossFit class.

My hope as a coach of CFK is to not only help our members safely participate in a training program that I have benefited from, but to empower them to go outside of the gym and enjoy being active and expressing their fitness however they choose to. 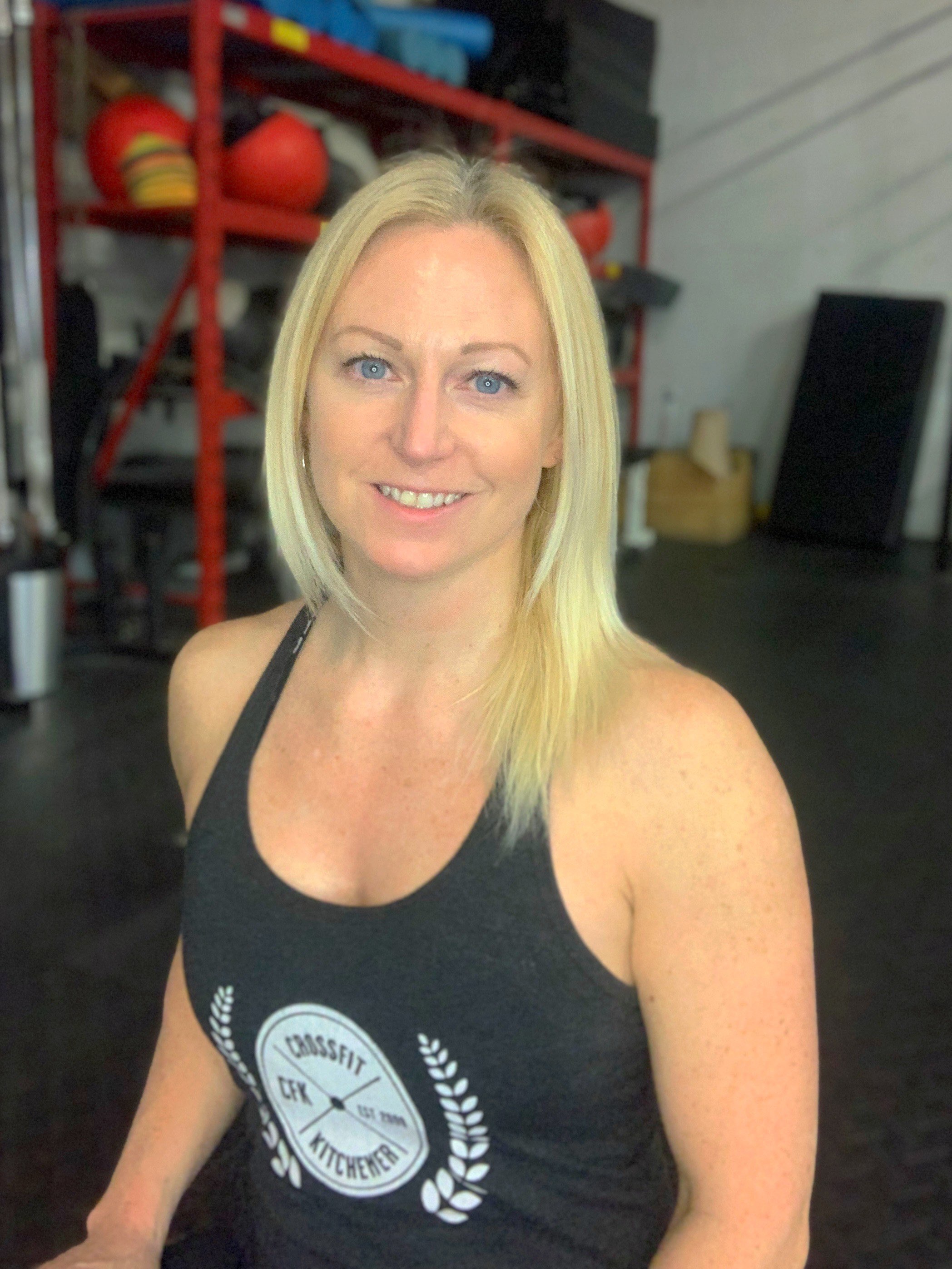 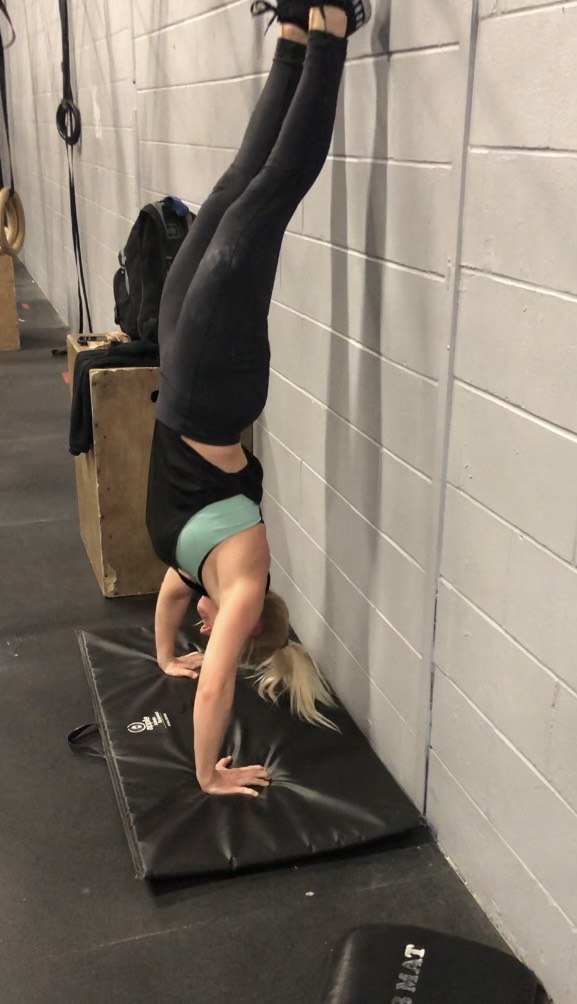 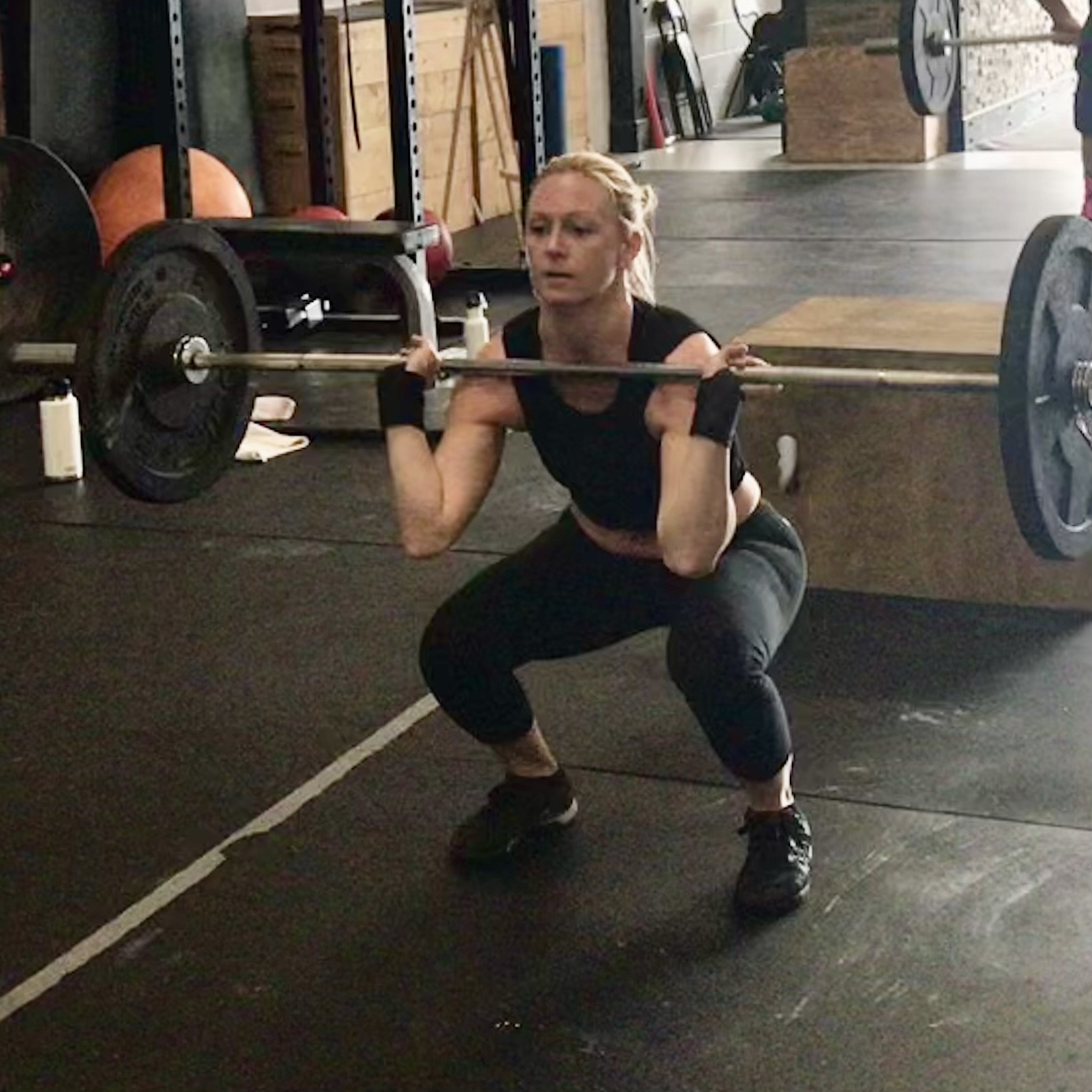 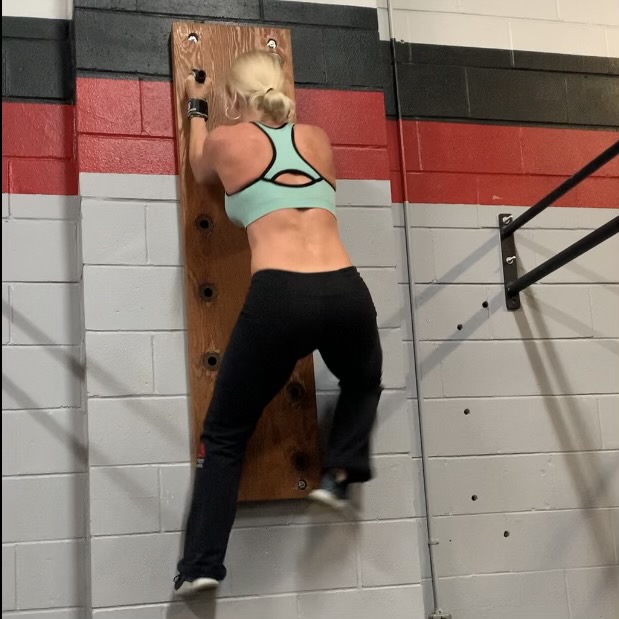 I’ve been a Registered Massage Therapist for almost 23 years. My treatments also include cupping therapy and fascial taping and I am a Certified Holistic Nutritionist.

I first joined CrossFit Kitchener in 2012 with two small boys at home. Now, 10 years later with 2 teenage boys, I felt it was the right time to take this step to get my L1 Coaching certification. I have such a passion for CrossFit in general, and specifically the CFK family. After taking a 6 month break from CrossFit years ago, I returned to CFK. It became one of my biggest priorities and still is. I get FOMO of workouts, and it does not matter how I feel going in, or if I pushed myself to get there, I always leave feeling great.

Health and fitness is a huge part of my life and I thrive on helping people. I look forward to the opportunity to help you.

I will be coaching classes that are designed to help new members at any fitness level ease into CrossFit. They are shorter, and less intense but still challenging, motivating and fun!

Hope to see you in my class soon!